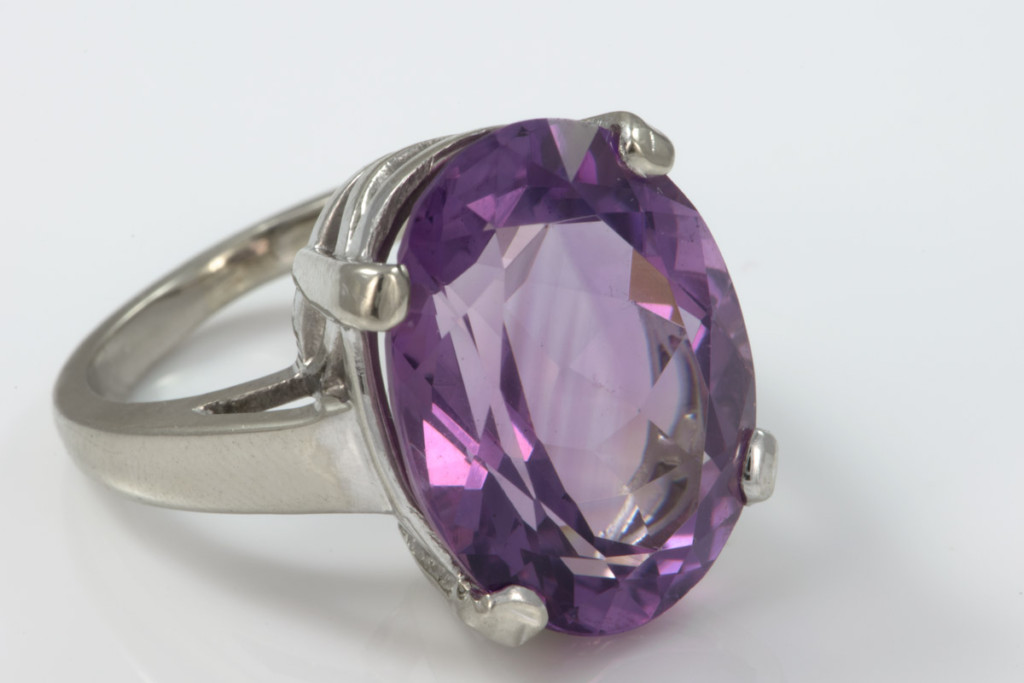 Amethyst
The purple member of the quartz family, amethyst is the commonly associated gemstone for that color. It is most known as the birthstone for February. An abundant gem with naturally high clarity, amethyst ranges in color from reddish purple to bluish purple. Today, Amethyst is a both beautiful and affordable.

History and Etymology–
In Greek mythology Amethyst was created by Bacchus, the god of wine. A maiden named Amethyste, being pursued by Bacchus, prayed to Diana to that the goddess would protect her chastity. Diana turned Amethyste into a white crystal which Bacchus, in honor of her determination, poured wine onto and turned purple.

Amethyst gets its name from the greek word “Amethystos” which means not drunk, and they believed it would prevent being intoxicated by alcohol.

Amethysts were considered a symbol of royalty in the middle ages, and it was considered one of the five most precious gems until large deposits were discovered in Brazil.

In Culture–
Amethyst is the birthstone for February, is considered sacred to Buddha by tibetans and made into prayer beads. Amethyst has always been particularly important to English culture, and was regularly set in crowns and other royal regalia as well as worn by religious leaders. 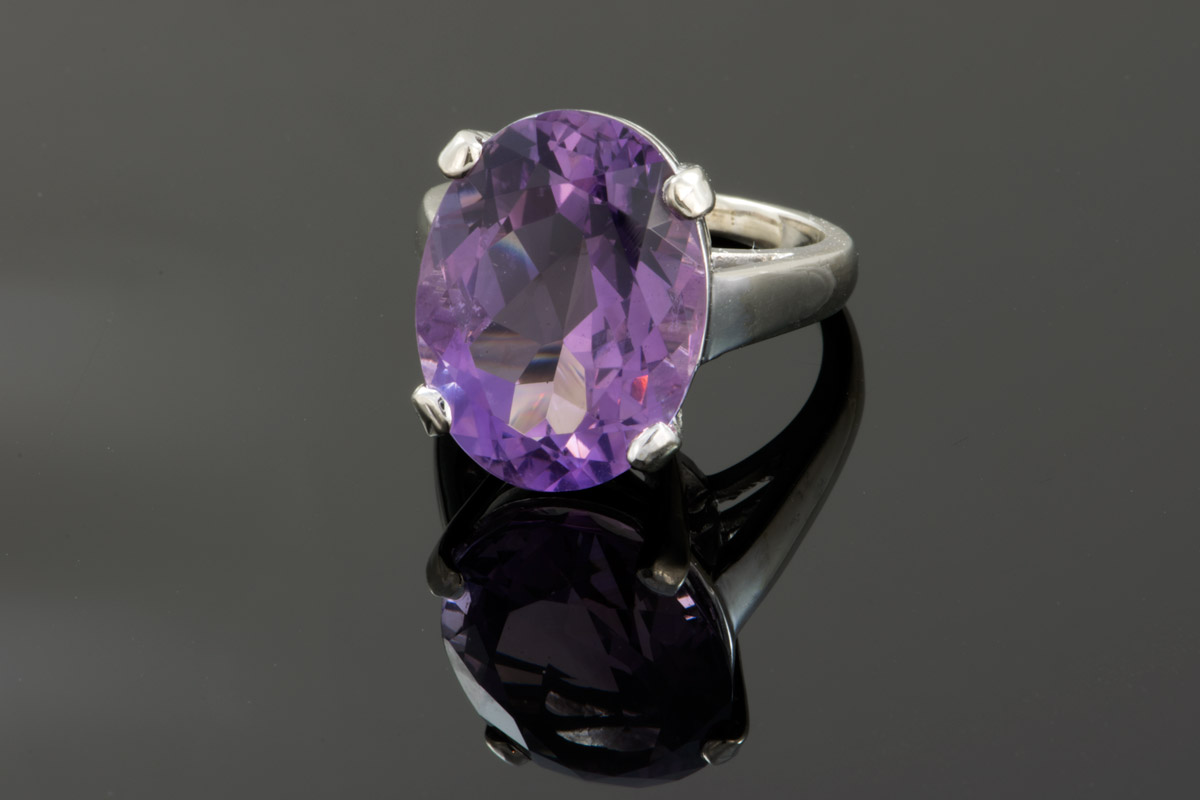 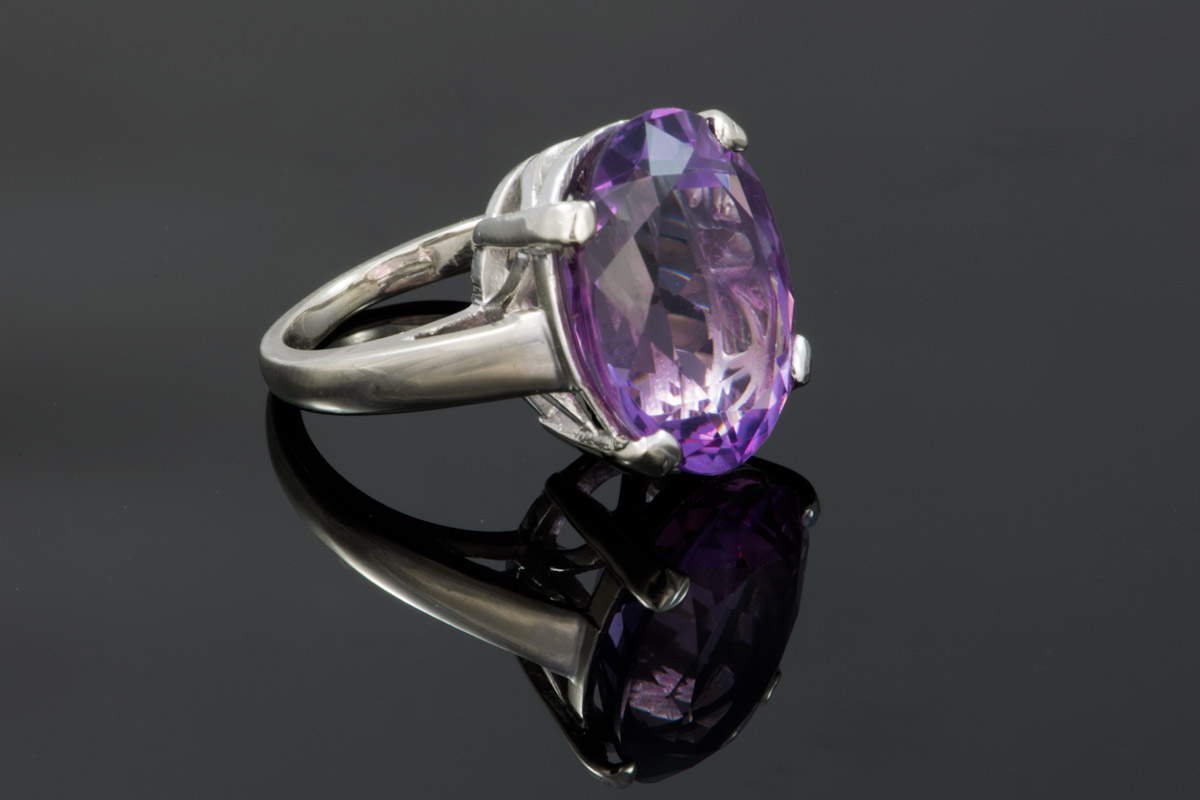 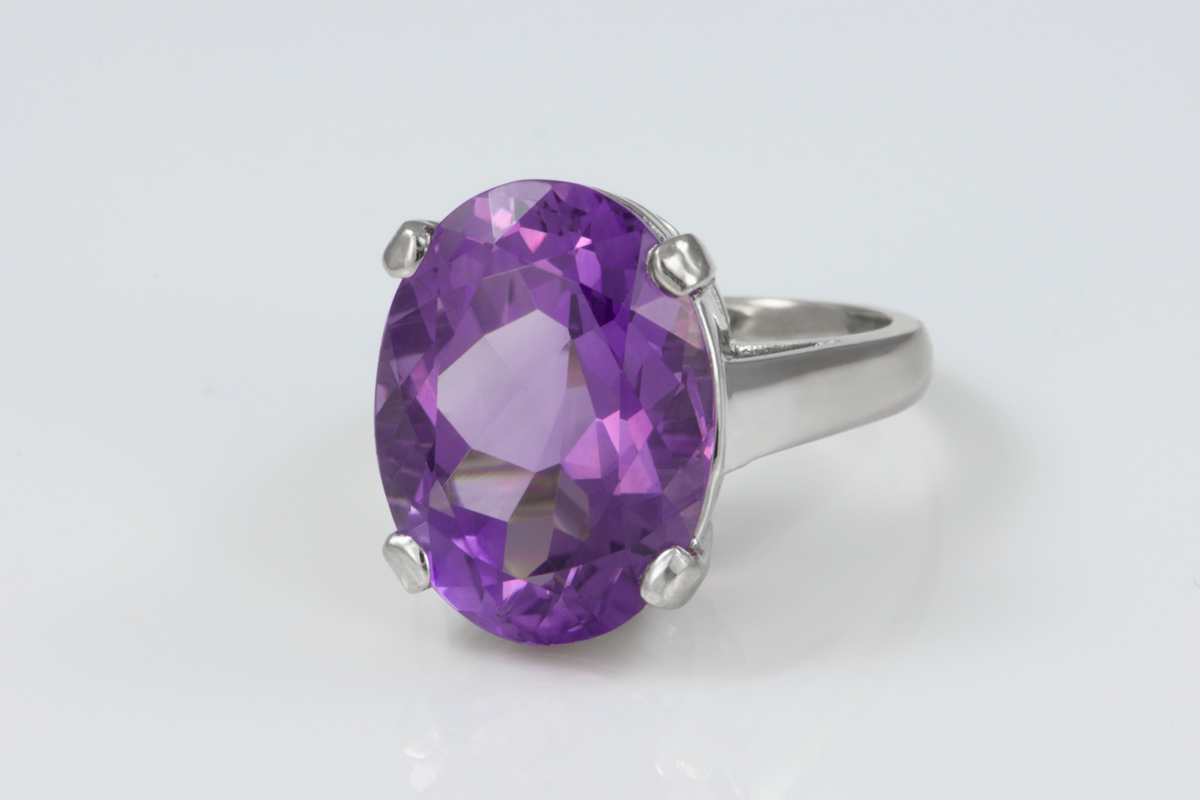 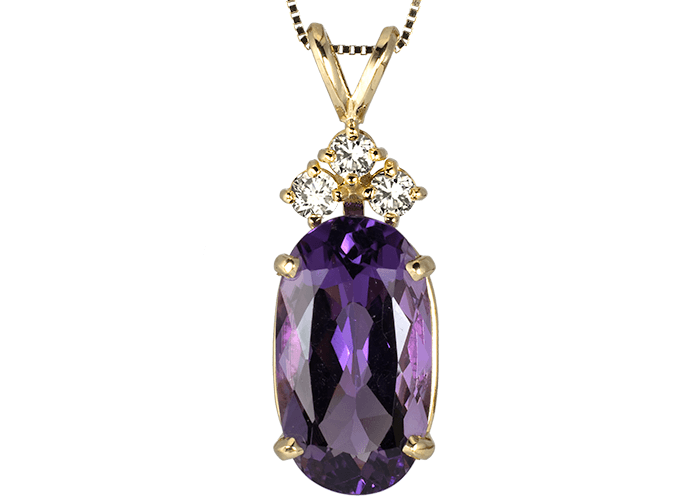 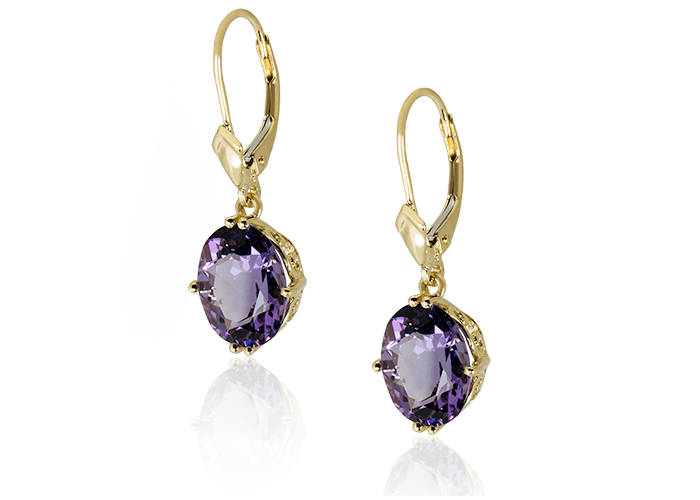