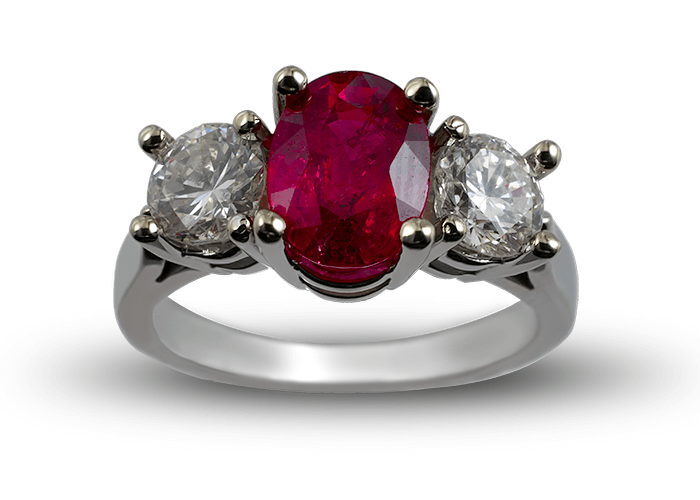 Ruby is one of the “big three” colored stones, along with emerald and sapphire, which are considered the most well known or important colored stones in the world. Ruby is the name given to the red variety of the mineral corundum. Ruby has many of the qualities valued in gemstones including a relatively high hardness on the mohs scale (9) and are relatively translucent with good clarity naturally.

History and Etymology
Ruby’s name comes from the latin for “Red”.

All red gemstones were originally called “rubies”, and many ancient “rubies” were actually garnet or spinel.

Rubies have had many superstitions and powers attributed to them throughout the ages and cultures. Ruby was associated with all things red, including anger, blood, life, and power. Notably, warriors from Burma believed they would make them invincible in battle if they put rubies inside their flesh. Ruby is also mentioned 4 times in the bible, with a name that meant “king of precious stones” in Sanskrit.

Ruby is the birthstone for July and the gem for the 15th and 40th wedding anniversary. 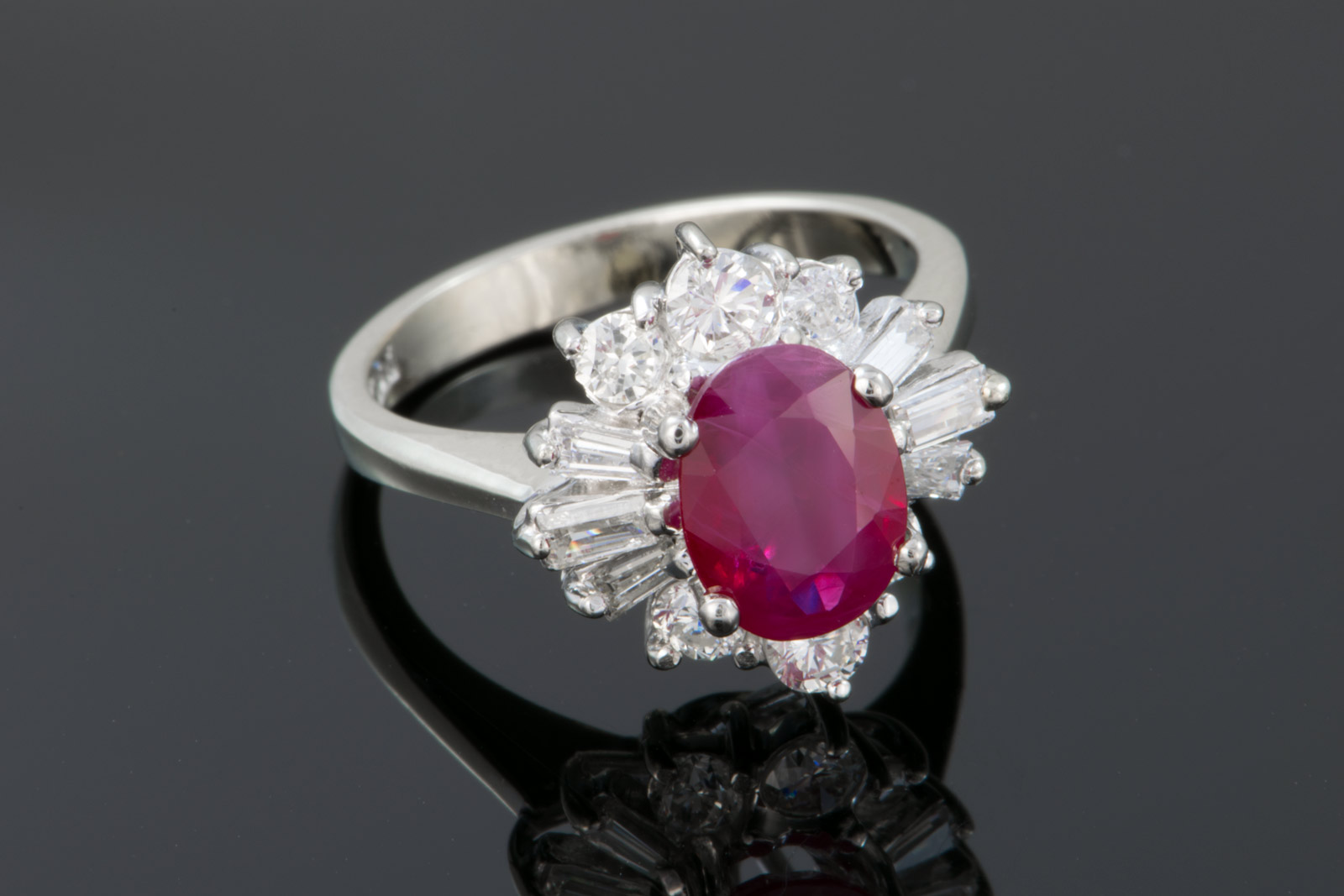 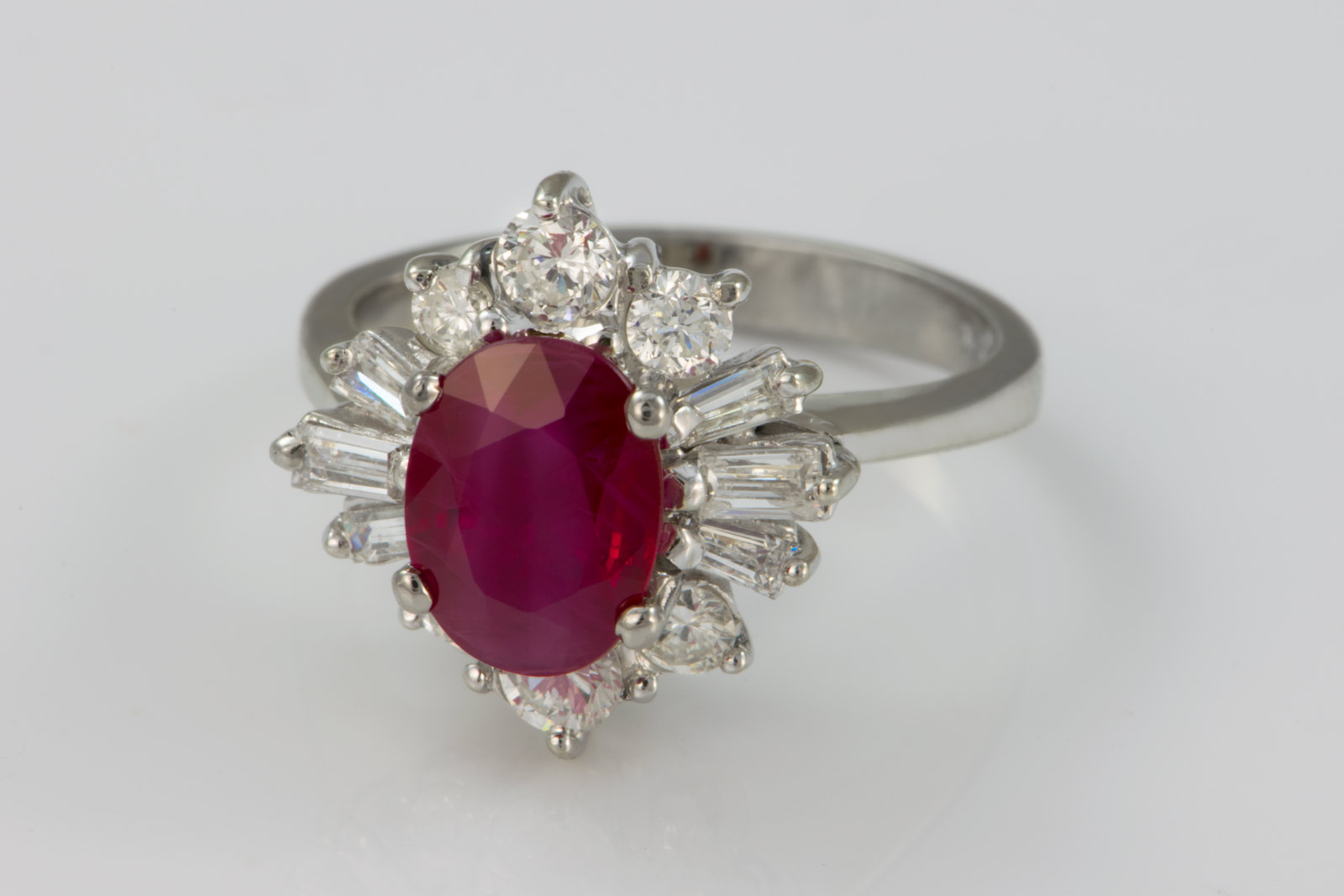 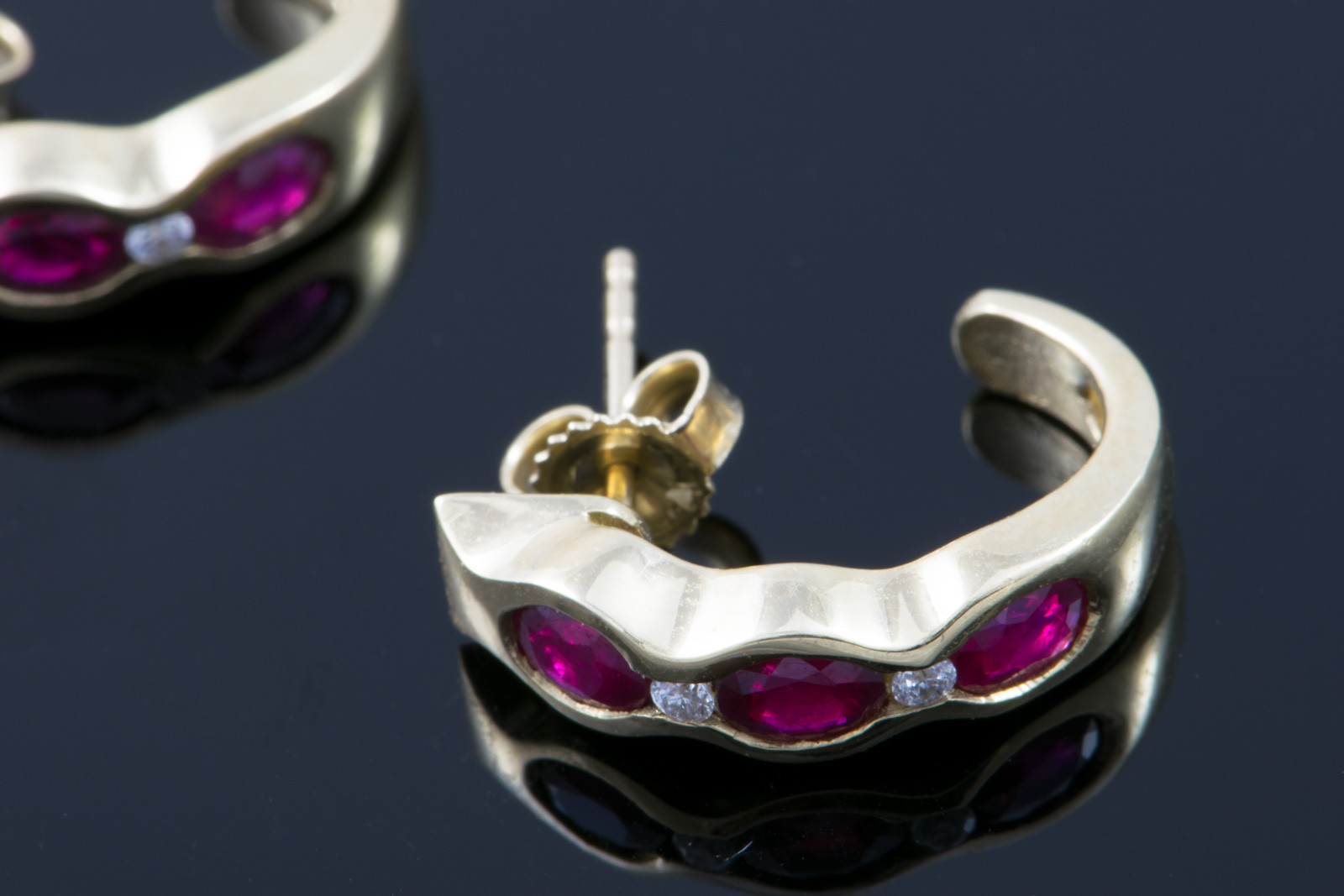 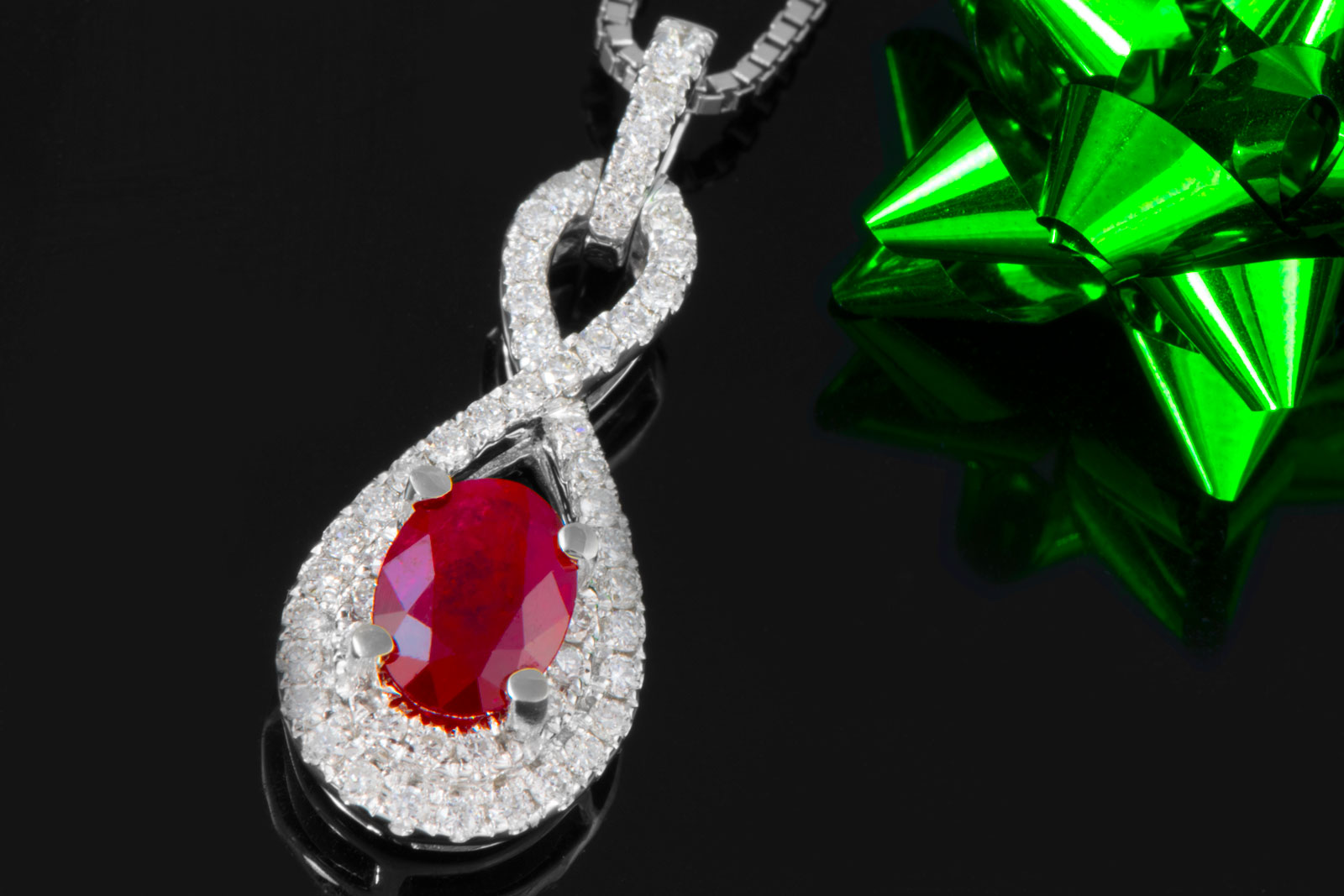 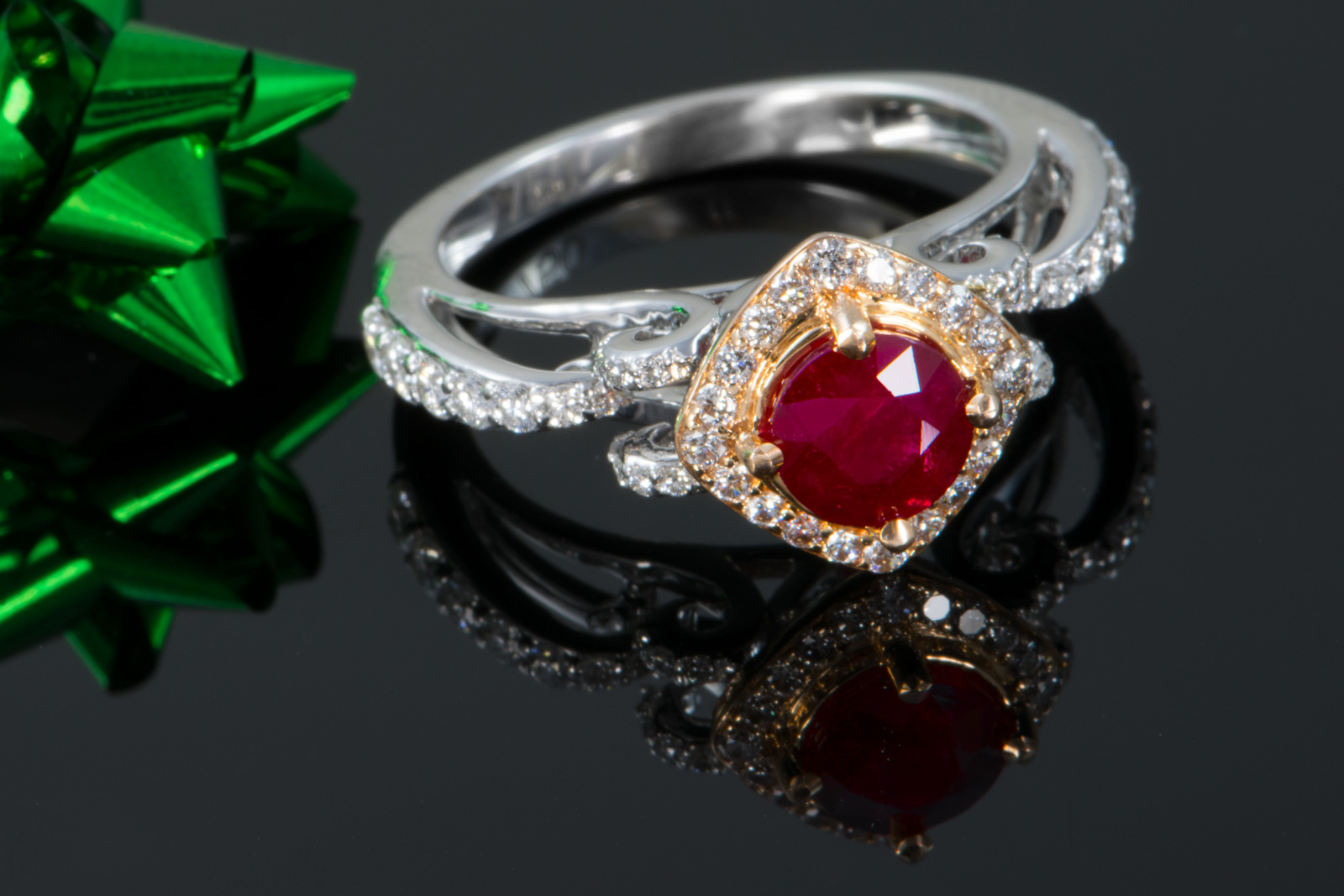